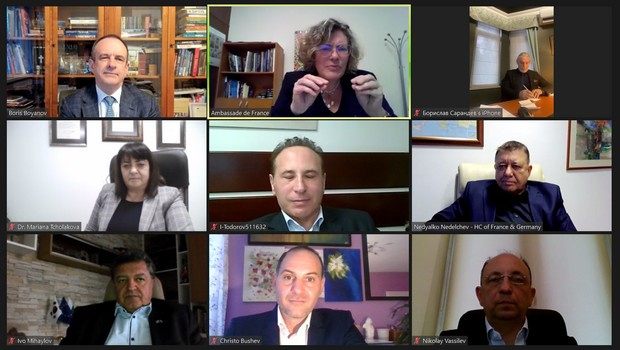 Special guest to the “Meaningful Meetings” initiative of the Association of Honorary Consuls in Bulgaria was H.E. Florence Robine, French Ambassador to Bulgaria

Discussed were subjects of the day in world foreign policy and pressing current topics for Bulgaria, the Balkan region and European Union. Ambassador Robine revealed the priorities of the upcoming French Presidency of the Council of the European Union starting from 1 January 2022, which shall be around three main pillars – Relaunch, Power, Belonging.

The consistent bilateral relations were emphasized, and the development of the Bulgarian economy. Discussed were possibilities for increase in bilateral trade cooperation, which lay in energy projects, agro-industry, food and wine industry, biotechnology, cultural tourism and cinematography.

Ambassador Robine is head of mission in Bulgaria since September 2019 year.