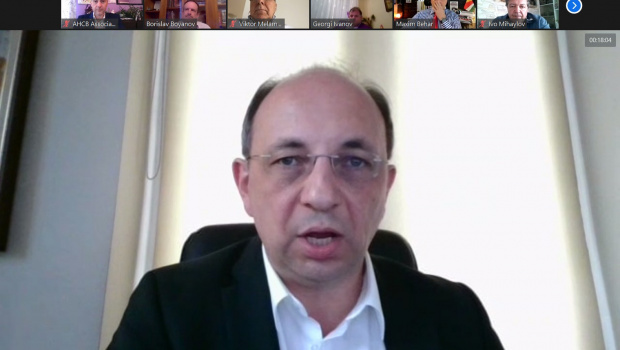 “Bulgaria and the world – recession and possibilities” was the very interesting topic presented by HE Nikolay Vassilev, Honorary Consul of the Republic of Slovenia, sparking a debate and some real insights on what lies ahead.

Mr. Nikolay Vassilev is а Managing Partner at Expat Capital, the largest independent wealth management company in Bulgaria. He was a member of two governments of the Republic of Bulgaria, serving as Deputy Prime Minister and Minister of Economy (2001-2003), Deputy Prime Minister and Minister of Transport and Communications (2003-2005), and Minister of State Administration and Administrative Reform (2005-2009). Nikolay Vassilev has a master’s degree in International Economics and Finance from Brandeis University, USA (1997) with an exchange program at Keio University (Tokyo, Japan), as well as two Bachelor's degrees from the State University of New York, USA (1995) and the Budapest University of Economic Sciences, Hungary (1994), and has been a Chartered Financial Analyst (CFA) charterholder since 1999. He speaks English, Hungarian, and Russian and has a basic knowledge of French, German, and Japanese. He is a member of the Board of the Bulgarian CFA Association. He is the author of three books – “Energy” (2009), “Menu for Reformers” (2014), and “Career or Not” (2018, in Bulgarian, English, and Hungarian).