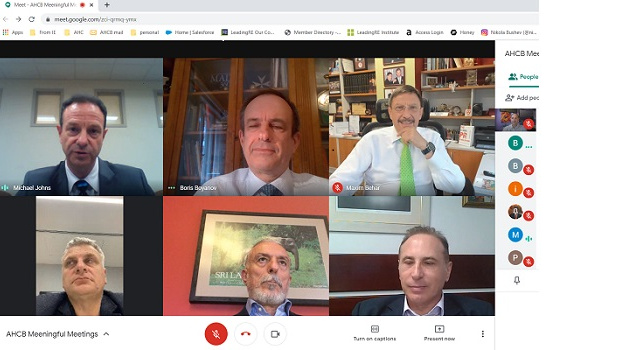 Special guest to the “Meaningful Meetings” initiative of the Association of Honorary Consuls in Bulgaria was Deputy Chief of Mission US Embassy in Sofia, Mr. Justin P. Friedman. The discussion was held over Zoom and was on the pressing subjects of International diplomacy in Bulgaria, the region and the world.

In Washington, Mr. Friedman served as the Director of the State Department’s Office of Caucasus Affairs and Regional Conflicts (2011-13) and as Director of the Office of Export Control Cooperation (2009-11).  His other Washington assignments were as Special Assistant for Caspian Basin Energy Diplomacy (2001-2) and on the Russia Desk (1999-2001).

Prior to joining the Foreign Service, Mr. Friedman was Vice President of International Technology Consultants, a Washington, DC-based telecommunications market consulting firm (1990-5). Mr. Friedman received an M.S. in National Security Strategy from the National War College in 2009. He also holds a B.A. in Economics from the University of California, Berkeley (1985) and an M.A. in International Affairs from Columbia University (1989). He speaks Bulgarian, Turkish, Russian, Croatian and French.

He is joined in Sofia by his wife, Anil, and daughter, Defne.  His eldest daughter, Sophie, is working and his other two children – Nathaniel and Lilianne – attend university in the U.S.