Conference of the honorary consuls of Bulgaria abroad held in Sofia 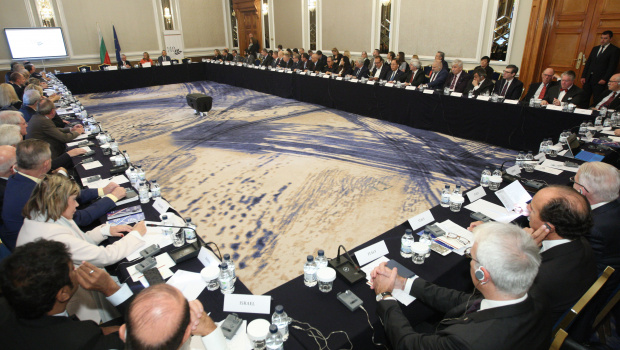 71 out of 75 honorary consuls representing Bulgaria in 45 countries gathered for a two-day conference in Sofia for the first time since 2014, organized by the MFA with the support of the Association of Honorary Consuls in Bulgaria.

The Deputy Prime Minister and Minister of Foreign Affairs Ekaterina Zaharieva presented to the honorary consuls of Bulgaria the priorities in our foreign policy and urged them to use the two-day forum in Sofia to get to know further the opportunities of our country.

"I am delighted that after a 5-year break we were able to get together exactly this year when the Bulgarian diplomatic Service celebrates the 140-year anniversary", said Minister Zaharieva, "your activity is very conducive to the image of Bulgaria around the world, although you are not Professional diplomats. Thank you for always responding when we need assistance. "

The Deputy Prime Minister emphasized the assistance that the honorary consuls gave to Bulgarian citizens around the world and given the example of the search operation of the climber Boyan Petrov, which could not have happened without our honorary consul in Nepal Mr.Bigram Thaapa.

Ekaterina Zaharieva said that against the backdrop of the challenges in the world, Bulgaria leads a balanced and peaceful policy, and as the main priorities of the Bulgarian foreign Policy pointed out the European integration of the countries of the Western Balkans, the development and the revival of relations with the countries of Africa, Asia and the Middle East.

"Bulgaria is proud to have managed to maintain good friendly relations with countries that have opposing views on certain issues," said Ekaterina Zaharieva.

The Deputy Prime Minister introduced the honorary consuls to the advantages of the Bulgarian economy – constant growth of GDP, low unemployment, growth in foreign investments. Ekaterina Zaharieva personally instructed the honorary consuls to be regularly informed through the MFA channels for the development of our country in order to have greater access to information and a greater opportunity to promote the image of Bulgaria around the world.

The purpose of the two-day conference of the Honorary Consuls of Bulgaria abroad is to review their activities, to exchange useful experience and practices, as well as to present the current trends in foreign policy, economy, trade, Tourism and investment opportunities of Bulgaria.

Reception was held in the evening in the Central Military Club Sofia, hosted by AHCB for all participants, which was highly appreciated by the guests.